how much power does the LibreRouter requires?

where that power comes from, and what are the power connectors it has?

The LibreRouter can draw power from two inputs, the DC barrel, and one of the ethernet connectors through the POE (Power Over Ethernet) protocol. 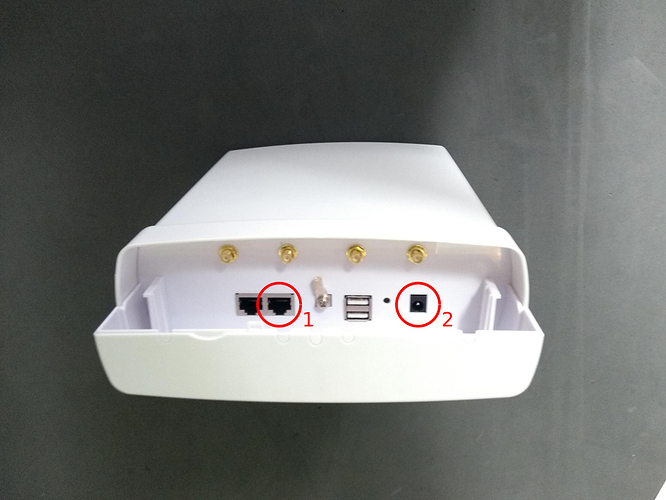 does it support hydro/solar and batteries?

The LibreRouter will support any source that can provide sustained DC current in between 9 and 32 volts, and it will draw a peak of 15 watts and a mean of 7 watts.

As an example, let’s say you want to install a solar powered LibreRouter in the community of QuintanaLibre, in Cordoba, Argentina.
You can use a 12 volts gel battery with 12 Ampere-hour like this one, so if the battery is fully charged it will last 10 hours at peak load, and 20 hours at average load, so will last the whole night that is when you need solar.

During the day, the solar system have to produce enough current to charge both the battery and to power the LibreRouter.

You need to account the amount and intensity of the sun in every season, and if you expect to have service during rainy season, to size your batteries accordingly.

We don’t yet have the exact calculations of this, but will have soon… if someone can contribute it it would be great!

energy comparison with other devices

There are different comparisons that can be done, based on the use you plan to give to the devices being compared.
It is certainly difficult to compare the LibreRouter as there are no other devices available in the market that are equivalent to the LibreRouter in terms of performance and features, so we will do our best to find similar setups.

The power consumption of the LibreRouter is 15 watts peak, and 7 watts mean.

control power externally from a microcontroller to remotely control nodes

This is a feature that we have envisioned for some time: the capacity of the community members to turn off the mesh to save power (and to be able to size the power setup smaller so it is more affordable) but to be able to turn it on if there is a need.

The LibreRouter team started a project in relation to this called LibrePower, that has not seen the light yet, but the project that it is based on, OpenMPPT, has. The design still lacks the capacity for remote controlling the node, but it can be easily added.

One option is to pair this with the Disaster Radio project to control the routers over an overlay mesh built by them, but it is just an idea.

do you have more detailed information on the power consumption?

We did a lab study to know how much power it uses.